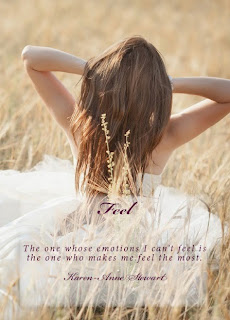 The one whose emotions I can’t feel is the one who makes me feel the most.

Jensen always told me I was strong, but I didn’t believe him until I was forced to be strong on my own, and I kept breathing without him. I’ve taken 42 million breaths since the moment he sent me away. Now, four years later, he’s standing in front of me, and I can barely breathe.

This isn’t just a story about the abilities I possess; it’s a story about something much stronger…the love of the man who possesses every part of me.

***Disclaimer – Feel is intended for readers 18+ due to strong language, mature scenes, and some violence. 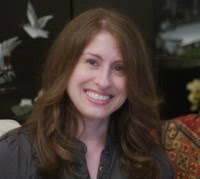 When Karen-Anne isn’t writing, she enjoys spending time with her family and friends, hiking, and visiting new places. She fuels her addiction of creating new stories by her only other addiction, caffeine, and listening to a myriad of musical genres. Tucked away near the Blue Ridge Mountains, Karen-Anne lives with her husband, daughter, two dogs, and their cat. She plans on writing new adult romance as long as her fingers maintain dexterity.