Faithless by K.B. Nelson cover reveal and a contest 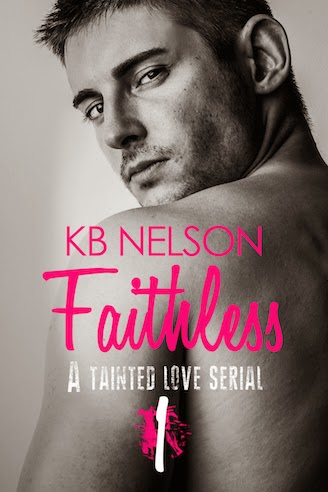 She's a stripper. He's a preacher. Her name's Faith, and he's been faithless since the day she went away.
Faith Richards knows she'll never be able to outrun her demons, but she's not looking for absolution. She's looking for release. When she's forced to return home by circumstances she'd rather not discuss, she runs straight to Noah. The only boy that could ever make her feel alive. The only boy who ever truly broke her heart. The only boy who could possibly save her from herself.

But Noah isn't a boy anymore...
Noah Parker is a man torn, fighting to understand his place in this world after his latest run-in with tragedy. Everyone he's ever loved has left him, either on a greyhound bus or in a casket. He no longer believes the words he preaches and his life hangs in the balance of honesty. Reuniting with Faith might be the only thing that can save him, but based on their tumultuous history, it's more than likely it'll destroy him.

Faithless is the story of two broken people searching for the impossible: a love strong enough to put the pieces of their broken hearts back together. Their romance is forbidden. Their love is undeniable. Their lives hang in the balance. And when their world begins to burn to the ground, they'll be faced with one impossible decision: can they live with who they've become?
Release Dates:
Part One - December 7th - Pre-Order Link - http://www.amazon.com/dp/B00PXDFU72
Part Two - December 21st
Part Three - January 4th

I grew up on a farm in Ohio, but that's not very interesting, is it? When I'm not writing you can find me doing one of two things; getting lost on highways or getting lost in the lives of fictional characters. If my heart had two feet, one foot would be in romance and the other solidly in geekdom. I hope you'll all follow me on my journey through this carnival they call life.I promise there will be a happy ending.

a Rafflecopter giveaway
Posted by Unknown at 1:12 AM