Cover reveal-- Krymzyn by BC Powell 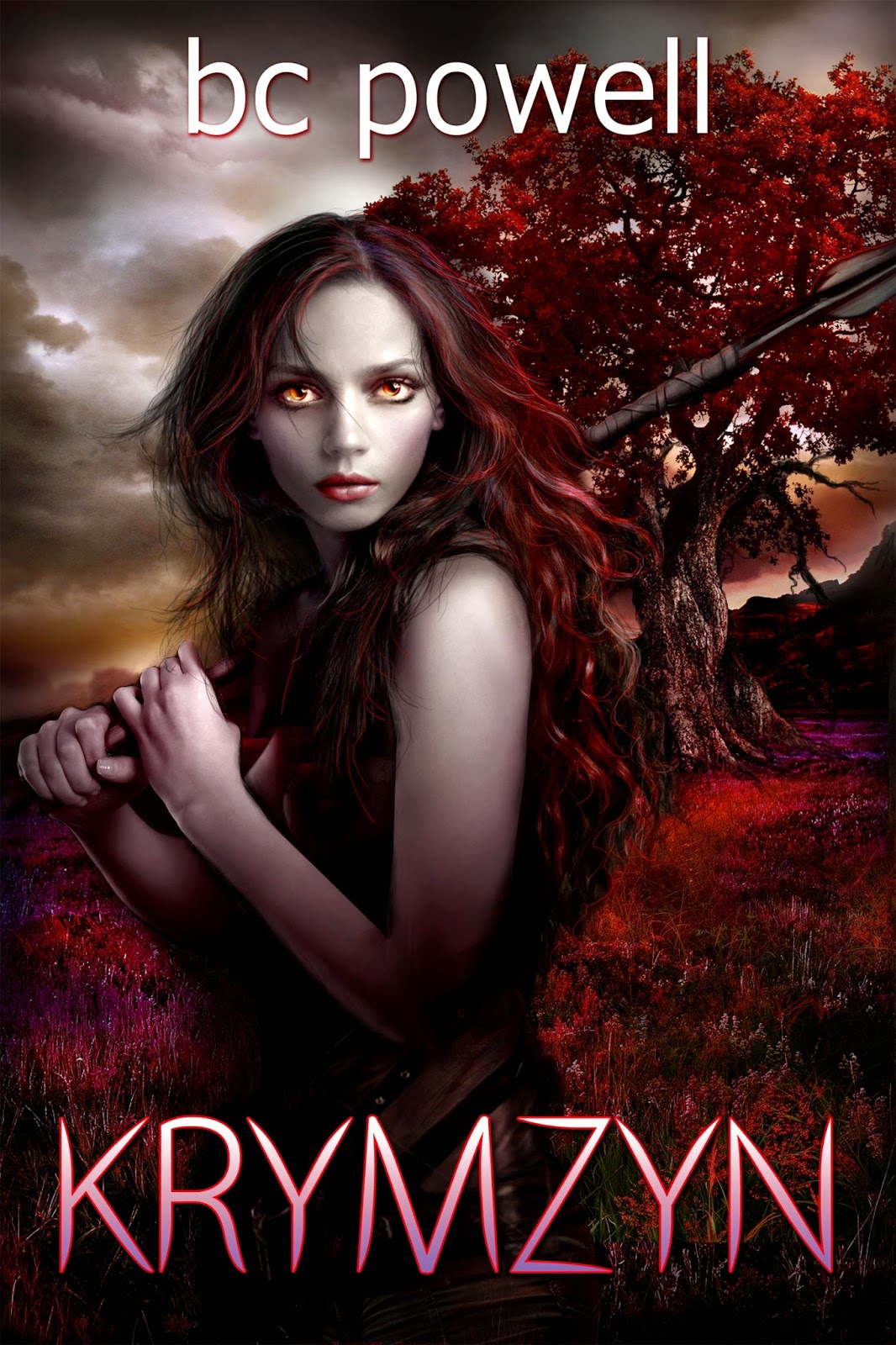 Chase was twelve the first time he arrived in a strange land where dark, ominous clouds never move, ancient trees violently spring to life during Darkness, and people seem to live without emotion. Doctors tell him they’re hallucinations, but he knows his visits are real. She’s there-Sash-and she’s more real than anyone he’s ever known.

His visits stop but, as years pass, the memories haunt Chase. Without warning, the young man suddenly finds himself again in a world called Krymzyn. Arriving during Darkness, he’s rescued from death by the extraordinary, beautiful but terrifying young woman he first met when he was twelve.

When Chase is thrust into the war of balance against vile creatures who threaten all who live there, Sash helps him understand his purpose in Krymzyn. A dark secret from the beginning of time reveals he might be able to stay there forever. To prove he belongs in Krymzyn and be with the only woman he can ever love, Chase will have to risk his own life in the ultimate battle.

BC Powell is a fantasy author from Los Angeles, CA. His debut science fiction fantasy novel "Krymzyn" will be released October 4, 2014. "The Infinite Expanse", the second book in "The Journals of Krymzyn" series, is scheduled for publication in February, 2015.

Powell has a diverse background, having held several creative positions in the entertainment industry, including executive roles at ABC-TV and Technicolor. In recent years, he's authored several non-fiction works, primarily educational books and training programs for trading the financial markets. He dual majored in journalism and philosophy at Trinity University in San Antonio, Texas.

Writing fiction has been his lifelong passion and goal. “Krymzyn” is his first published novel and represents, in his words, “finally finding the story I want to tell with characters that are able to bring that story to life.” He's an avid reader and lists Ernest Hemingway, Frank L. Herbert, Stephen King, Jane Austen, and Kurt Vonnegut, Jr. as his favorite authors.

Brad, as he prefers to go by in personal communication, lives with his longtime girlfriend, three sons from a previous marriage, and their rescue dog and cat. He enjoys hiking, ocean kayaking, spending time at Southern California beaches, movies, and reading.

Email ThisBlogThis!Share to TwitterShare to FacebookShare to Pinterest
Labels: BC Powell, cover reveal