A Different Kind Of Fine by K.K. Hendin 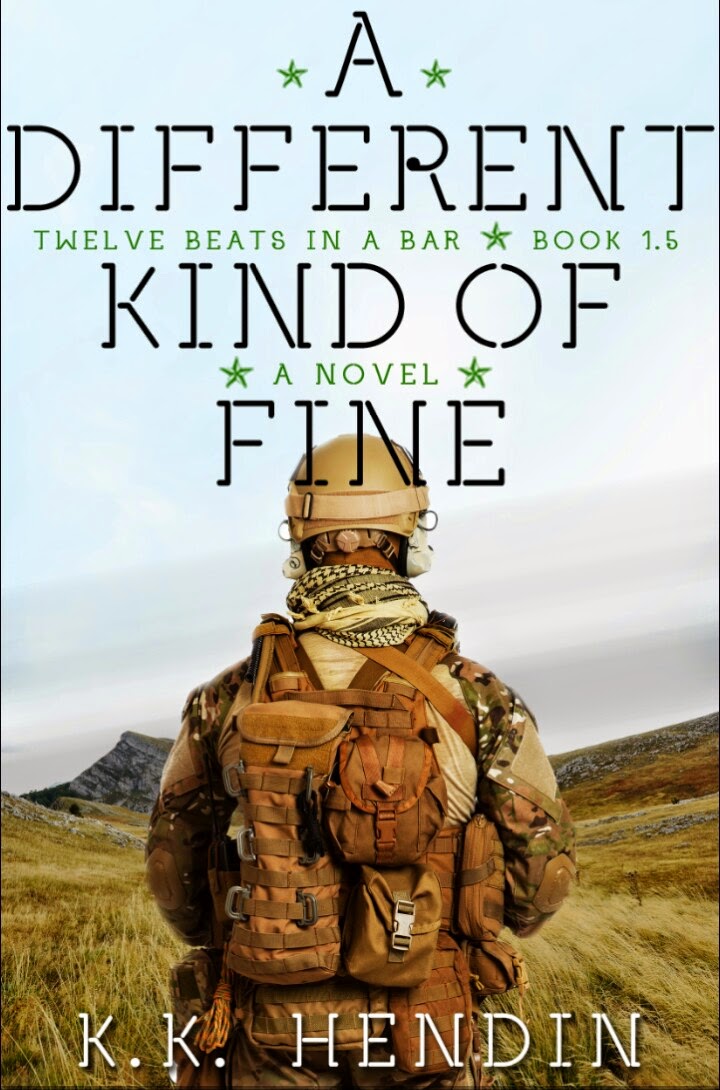 Happily Ever After is never as easy as it seems…

Hayley’s finally come back to Texas, and seeing her is everything Nate dreamed it would be. But four years apart means that everything has changed between them, and all the things that broke them up in high school have come back to haunt them.

Nate’s barely recovered from the explosion that lost his leg, part of his eyesight, and his entire squad. Being able to spend a week back in Leland was supposed to help him recover, yet all it has done is make everything worse. Everything still seems like a threat, nothing is safe, and Nate’s nightmares are only getting worse. His survivor’s guilt is crippling him, and ruining his relationship with Hayley. He loves her more than anything, but she deserves more than a broken man slowly losing his mind.

Being with Nate again is all Hayley’s wanted for the past four years. But reality isn't exactly like her dreams. Nate’s fighting demons he brought home with him from Afghanistan, and Hayley’s scared that she’s not enough to help him fight them. When an unexpected ice storm and road trip stumble into their Christmas plans, Hayley and Nate are both forced to face their pasts and the unknown future.

It’s a love story that has spanned five years, over seven thousand miles, and countless YouTube videos, and it all boils down to a seven hour road trip.

KK Hendin's real life ambition is to become a pink fluffy unicorn who dances with rainbows. But the schooling for that is all sorts of complicated, so until that gets sorted out, she'll just write. Preferably things with angst and love. And things that require chocolate.
She spends way too much time on Twitter (@kkhendin), and rambles on occasion over at www.kkhendinwrites.blogspot.com.